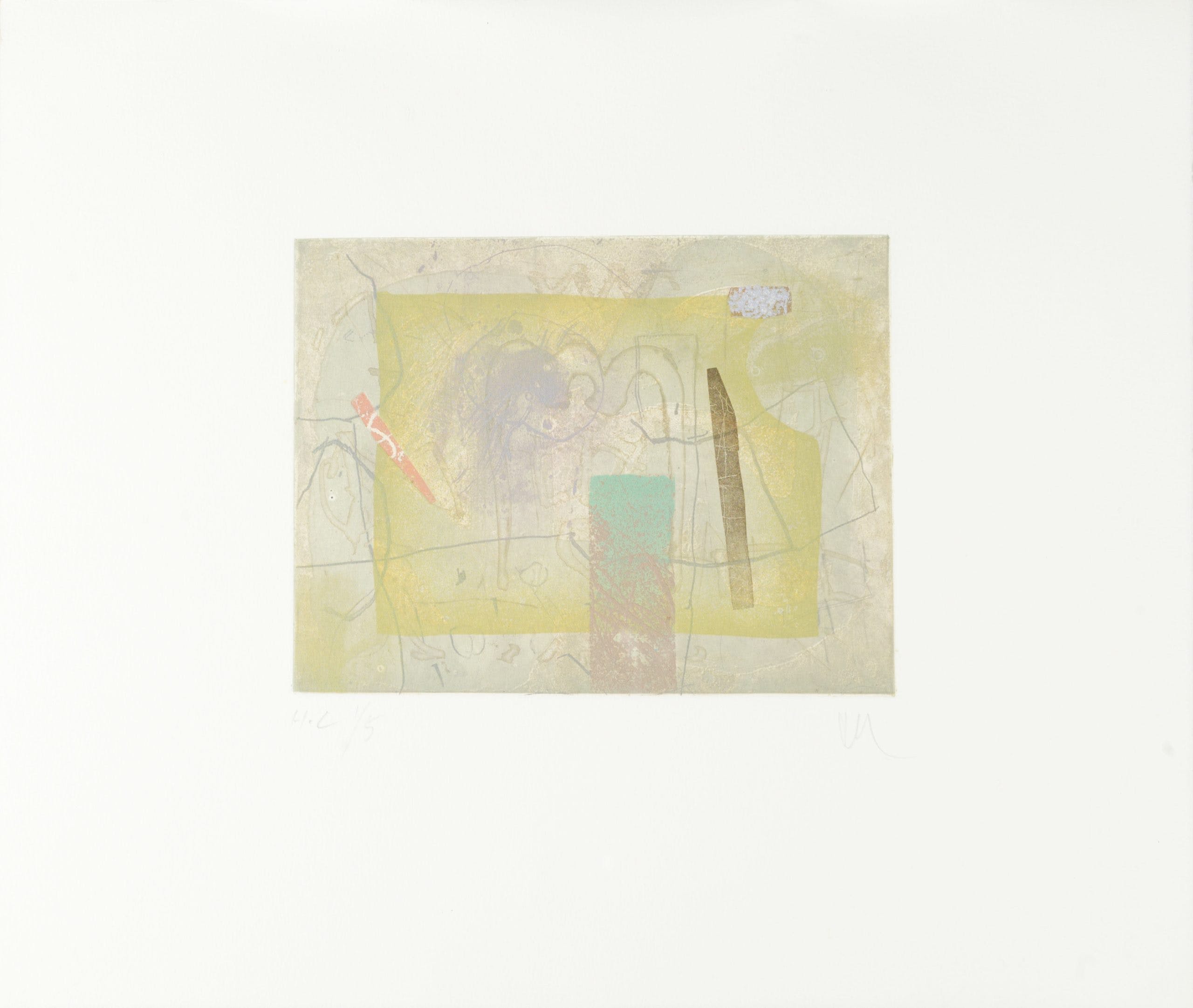 Edition containing a manuscript poem in French by Michel Butor, translated into Japanese by Junichi Tanaka, and three etchings in colors by Masafumi Yamamoto. Edition of 50 copies on Arches wove paper, including 5 artist proofs and 5 non-commercial copies, all justified and signed by the painter and the author. Under canvas casing.